APMA’s Institute for Automotive Cybersecurity and KPMG in Canada join forces on cyber preparedness survey   TORONTO, Nov. 16, 2020 — Nearly a third (30 per cent) of Automotive Parts Manufacturers’ Association (APMA) members revealed that they had a cyber breach in the last 12 months, according to a recent survey by the Automotive Parts […]

CTV News Windsor September 28, 2020 WINDSOR, ONT. — Workers with Ford Motor Company of Canada have ratified a three-year-deal. Unifor released the results on Monday. Voting started Sunday morning after Ford and Unifor came to a tentative deal on Sept. 22. “This is the single biggest investment in the Canadian auto industry in years […]

Office of the Premier August 31st, 2020 TORONTO — The Ontario government is investing $9.3 million in 11 training projects to help approximately 2,000 students and job seekers prepare for auto and advanced manufacturing careers. The funding will support projects from a range of organizations, including auto manufacturers, industry associations, training providers and public universities and colleges. […]

Ministry of Economic Development, Job Creation and Trade August 18, 2020 Toronto — The Ontario government is launching the next round of applications for the Ontario Automotive Modernization Program (O-AMP). An important part of the government’s Driving Prosperity auto plan, the $10-million O-AMP provides auto parts companies with funding to invest in new technologies and support innovation in […]

TORONTO, ON (January 7, 2020) – On the first day of CES 2020 in Las Vegas, the APMA announced the launch of its first, original, full-build, Concept Vehicle, named Project Arrow. An all-Canadian effort, it will be designed, engineered and built by our world-class automotive supply sector and post-secondary institutions. Answering the Prime Minister’s call […]

APMA, along with the Canadian Trade Commissioner Service, and various provincial governments will organize a Canadian Pavilion at Auto Expo 2020 – Components Show, February 6-8, 2020 in New Delhi, India. A Trade Mission component will also be developed shortly that will visit with several leading OEMs and Tier I Suppliers in India. Who should […]

Dear Members, Canada, its largest trading partner, the United States and Mexico have agreed to the USMCA (United States-Mexico-Canada) Trade Agreement to replace the existing NAFTA.This is the first trade deal between major auto producing nations since the original NAFTA that sees the Regional Value Content (RVC) for automotive production go up in the region. […] 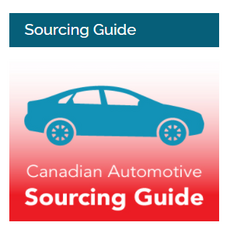