There are no auto tariffs placed on Canadian vehicles as outlined in the new free trade agreement, after negotiations concluded late Sunday night.

President Donald Trump threatened to impose those tariffs like he had on Canadian aluminum and steel, an issue that weighed on people’s minds in southwestern Ontario, where a bulk of the country’s auto industry exists.

“I think the auto industry will breathe a sigh of relief today,” said Bill Anderson, director of the Cross-Border Institute at the University of Windsor.

He said at this point, it seems like the agreement reached with auto is outlined in a side deal, not part of the official NAFTA text.

“On the other hand, those tariffs which are already out there for aluminum and steel, that has not been resolved,” he said.

The new deal is called the the United States-Mexico-Canada Agreement (USMCA). 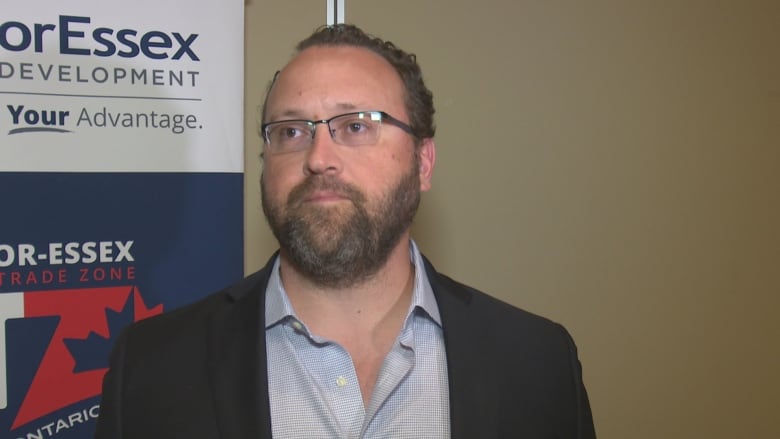 Dan Boshart has worked at the Chrysler plant in Windsor for 33 years. He said the summer months were “frustrating,” because it felt like Trump was pushing to “make America great, and damn everything else.”

Now the auto tariffs won’t be touched, he said it seems like it’s working out.

“It sounds like we did okay, considering we were put under the gun,” said Boshart.

There is also no hard limit placed on Canadian auto exports into the U.S. However, if U.S. decides to move forward with placing auto tariffs worldwide, they would apply to Canada.

New export cap
The one difference is the export cap has been raised for Canadian vehicles, well above the current volume that Canada sends to the U.S.

“For us, we see that figure as an insurance policy, rather than a cap,” said Flavio Volpe, president of Automotive Parts Manufacturer’s Association.

He said if Canada is able to export enough to reach the new limit, that’s a level of prosperity reached where he would personally offer to pay people’s tariffs.

Jerry Dias, national president for Unifor, said the new deal has fixed the problem of jobs going to low-wage workers in Mexico.

“We really did meet the major objectives and it was about solidifying the footprint,” he said.

In the new agreement, 40 to 45 per cent of auto content made in Mexico is to be made by workers who earn at least $16 US an hour.

“That’s deeply concerning still to everyone who is facing this every single day,” said NDP MP Tracey Ramsey.

Windsor’s mayor Drew Dilkens said he has been speaking to the prime minister and the Minister of Foreign Affairs Chrystia Freeland about those tariffs. Even though they weren’t lifted for USMCA, he’s hopeful they will be resolved.

“I know folks are working on it,” said Dilkens. “I’m sure that it will be resolved over time, hopefully soon, rather than later.”

The next stage before the agreement is ratified is for lawyers to go through the text to ensure everything communicates exactly what each country wants it to mean.

A Trump administration official said the three parties will sign at the end of November.