Hand sanitizer not as hard to make for distilleries, other companies like LVMH

For Toronto-based Spirit of York Distillery Co., transforming from a gin and vodka manufacturing plant into a hand-sanitizing producer wasn’t a particularly difficult transition.

It took some time to secure sufficient quantities of hydrogen peroxide and glycerine, two of the ingredients needed to make the much sought after product.

But the company certainly has enough ethanol and distilled water in stock to complete the recipe recommended by the World Health Organization.

Spirit of York is just one of a number of distilleries in Canada that have decided to switch gears of production and help manufacture hand sanitizer, now in short supply because of the coronavirus pandemic.

Hiram Walker & Sons announced Thursday that it too would add hand sanitizer to its product line. Just days ago, Paris-based luxury goods maker LVMH said it would also make the item.

But the outbreak has created shortages in other vital medical items, including masks and ventilators. With the current manufacturers of such products unable to meet demand, companies in other industries are being called upon to fill the void.

However, switching gears and producing such products in a timely manner could be challenging for many plants.

“The challenge is the speed in which we need these things,” said Dennis Darby, president of Canadian Manufacturers & Exporters (CME).

On Wednesday, U.S. President Donald Trump invoked the Defence Production Act, which authorizes the president to require companies to prioritize government contracts and orders seen as necessary for the national defence.

‘The only hurdle is time and money’
Meanwhile, Prime Minister Justin Trudeau said he would consider using Canada’s own act to build more medical equipment.

Flavio Volpe, president of Automotive Parts Manufacturer’s Association, said he believes his members are up to the task, and that at least 15 companies have committed to produce medical equipment.

Medical products aren’t any more sophisticated than automotive parts, he said, and all his members need are the specifications of the products.

“The only hurdle is time and money, and I think we’ve got more than enough of the latter, and I guess we’ve got to do what we can with the former.”

“If we had the specifications and you could source the tooling from the same places the original equipment manufacturers get them, you could turn this around in a matter of a few short weeks, ” he said.

Yet, that timeframe projection could be somewhat optimistic.

“If you think about the next month, the next two to four weeks, for example, it would be hard for me to see somebody switching over to a new product line, getting the inputs and then getting it to their distributors over that time period,” said Kenneth Wong, a marketing professor at Queen’s University.

Fraser Johnson, a professor of operations management at Western University’s Ivey Business School, said with the engineering and manufacturing talent in Canada and the United States, there’s no question that some plants could shift production to make medical products like ventilators.

“But I don’t think you can snap your fingers and get there next month,” he said. 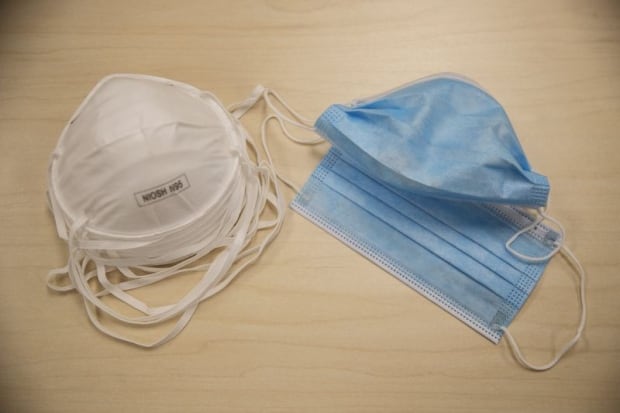 Companies already making distilled products like alcohol, have an easier time to transition to things like hand sanitizer, he said.

For the other medical items, however, “you need a source of raw materials,” said Johnson. “You need designs. You need specifications. You need to retrain your workers. You need even simple things like packaging.”

If a factory was to start producing medical face masks, for example, it would require the resources to convert polypropylene into the material needed for the mask. It would need the metals for the metal rim around the mask and the band to hold the mask in place, he said.

“Now, it’s probably going to take me at least a couple of months to be able to set it up, the very minimum. Maybe a Herculean effort, I can do it faster. But I can’t snap my fingers and do that if I haven’t made face masks.”

“I’ve got to think about all the nuance that companies like 3M have been working on literally for decades.” 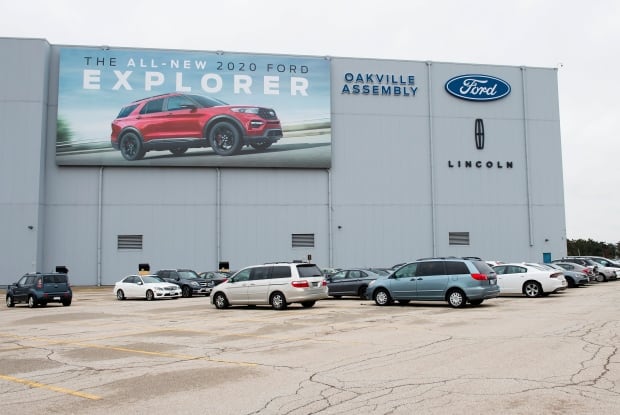 Ford, and other manufacturers, could be called upon to produce medical equipment in short supply (Nathan Denette/The Canadian Press)

And manufacturing ventilators, of course, would be a much more complicated and time-consuming process, Johnson said.

A car manufacturer doesn’t have the capability of being able to make the electronics and some of the other sophisticated equipment that goes into the creation of such a product, he said. Workers would have to be retrained, new assembly lines built up, and then there’s the time it would take to test the new product for safety.

(Meanwhile, adding to the issues, some car manufacturers have suspended plant operations because of the virus.)

As well, there could be issues of how much manufacturers of ventilators are willing to share their intellectual property with other companies.

Johnson said he predicted it could take at least six months before the first new ventilator rolled off the assembly line.

CME’s Darby said some point to the Second World War and how General Motors made weapons to support the U.S. war effort.

“Well, that was a bit different. First of all, for a manufacturer to switch over to produce tanks and guns, they had months to do it,’ he said.

“And there was no problem bringing people into plants because there was no worry about COVID- 19, so they were able to bring the crews in and put in a whole pile of money at the time — billions of dollars to capitalize all the production of munitions.”

Another hindrance is that because of the pandemic’s impact on the economy, manufacturers are trying deal with their own manufacturing struggles, he said.

“Getting them to put their heads around: ‘OK, I know you’re having your challenges, right now. How long would it take? What would it look like to get the machinery in to make these other items?'”