‘A very small part can stop a line… every part has to be there,’ says automotive spokesperson

North American manufacturers and retailers haven’t yet experienced widespread disruptions from the coronavirus outbreak. But contingency plans are in effect for industries that use Chinese suppliers — which, these days, means a lot of different businesses.

China was Canada’s second biggest source of imports in 2019, trailing far behind the U.S. (which supplies half of what Canada buys) but supplying more than double the imports from Mexico or any European or Asian country. And a lot of those American products are made with Chinese supplies, too.

What happens if closed factories and transport restrictions in China mean all those products stop shipping to North America for a while?

“It’s a unique challenge, in the sense that businesses are facing both supply and demand issues at the same time,” Finance Minister Bill Morneau told a Toronto business audience Friday, as he previewed at his government’s plan to mitigate the possible recessionary effects of the now-global outbreak.

“There’s certainly reduced supply already, so we are thinking about how we help the business sector.”

Hard data pinpointing those supply disruptions is hard to find.

Goods from the U.S. arrive overnight, but shipping containers from China take weeks to land — long enough that products from factories that failed to reopen after the annual Lunar New Year shutdown may not even be missed yet. Goods shipped before the Jan. 25 holiday could reach North American destinations over the next two weeks.

Many businesses that rely on Chinese suppliers know to stock up before the holiday, so serious shortages in Canada may not emerge until later this month or next. On the other hand, recent disruptions in Canadian rail shipping may already have forced some facilities to dip into their reserves.

Even if a Chinese supplier was able to reopen, the Chinese trucking industry is not operating at regular capacity and may not be for weeks to come. Logistics operators have been hard-pressed to get official permission to ship out non-essential goods.

The Port of Vancouver — its normal cargo already disrupted by rail blockades and poor weather — reports 30 cancelled sailings of container vessels so far due to the reduced workforce and cargo-loading activities at Chinese ports. Total container volumes already were down about 13 per cent in January.

What was supposed to be in all those stacks of now-stalled shipping containers, heading for Canadian factories or stores? Canada’s top imports from China include electronics, machinery, furniture, toys and sporting goods and plastics. 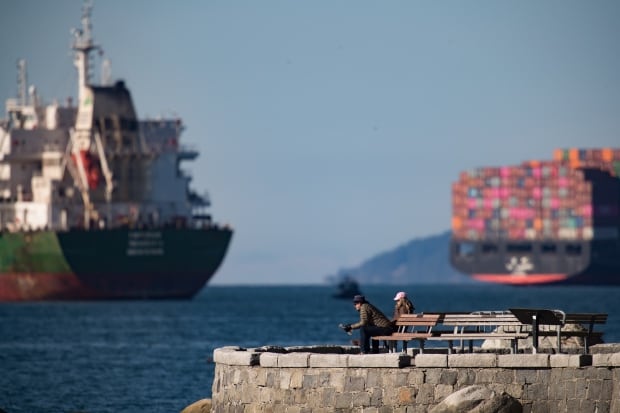 The Port of Vancouver had a challenging start to 2020: first rail blockades, now a decline in shipping traffic from the global coronavirus outbreak. (Darryl Dyck/Canadian Press)

At the peak of Chinese efforts to control the COVID-19 outbreak, factories making 80 per cent of Chinese exports were shut down.

Early reports from the port of Los Angeles — another major gateway to the continent’s manufacturing sector and retail distribution networks — suggest a 25 per cent drop in volumes in February. But that doesn’t necessary spell immediate disaster.

“Inventories both on the wholesale and the manufacturing side, in Canada and the U.S., as a ratio to sales, are at near-record levels,” said Brett House, deputy chief economist at Scotiabank Economics. “There’s been a lot of stockpiling in Canada and the U.S. well before the coronavirus was identified, and that provides a bit of a cushion … you have a lot of inventory piles that you can draw down.

“Those inventory piles are not necessarily matched with what needs are at any given time, so it doesn’t mean that everything is seamless. But it does mean that an immediate drop in imports into our West Coast ports doesn’t translate immediately into supply chains being gummed up.”

Production shutdowns and layoffs are a last resort, but alternative suppliers aren’t always available on short notice — which can force some facilities to slow down temporarily. Several groups said they were surveying their members and taking stock to figure out how serious things look. 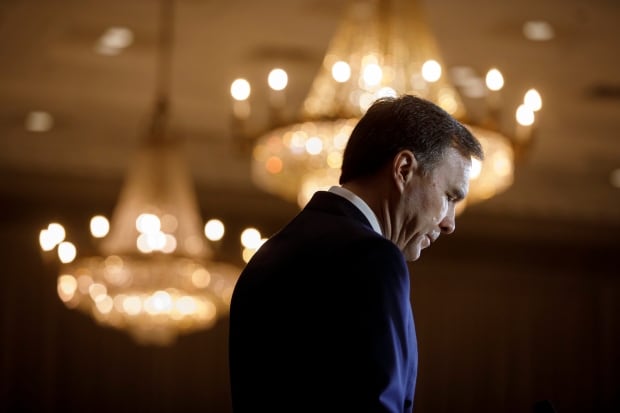 Approximately 10 per cent of Canadian imports of intermediate products — goods destined for Canadian plants to be made into something else — come from China. That seems like a low number — but don’t be too comforted by it.

“Our business is kind of funny. You’re building everything just in time and a very small part can stop a line,” said Flavio Volpe, president of the Automotive Parts Manufacturer’s Association. “You’re building a complete car in sequence, so every part has to be there.”

“We’ve now tipped into our contingency planning — where can you re-source?” Volpe said.

Usually there are other options within North America, or perhaps in other low-cost jurisdictions in Asia or Europe — suppliers that may look more appealing after the tariff cuts in Canada’s recent trade agreements. But Volpe said the cost of replacing some Chinese goods might be double.

“We always have Plan B and Plan C on the books. The reason that you operate on Plan A is it’s the most efficient one from a cost perspective,” said Volpe. “The coronavirus is not causing anyone to stop production yet, but it is making us incur additional costs. Costs we have to eat.”

For now, “it’s business as usual, except that business has increased costs and stress in it,” he said. But if it goes deeper or longer than currently anticipated, companies will re-evaluate.

Over the last 20 years or so, the rewards for incurring the risks of switching to offshore Chinese suppliers have been “very good” for commoditized goods, Volpe said. But “if a SUV plant was shut down because of some clips, there’d be a pretty quick correction in all that.”

Any rethinking in the automotive industry will coincide with the expected implementation of the revised North American trade agreement, which requires 75 per cent North American parts for tariff-free trade.

“You’re doubly incentivized,” Volpe said. “It doesn’t make sense to make clips in a factory in Ontario, but it might in Chihuahua (Mexico).”