Menu
‘What Chrysler does, we follow suit,’ Syncreon Automotive worker saysCBC News
March 29, 2019Two feeder plants for the Windsor Assembly Plant are waiting to find out what will happen once Fiat Chrysler Automobiles cancels the third shift on Sept. 30, 2019.FCA announced its decision to indefinitely terminate the third shift Thursday afternoon. There are approximately 1,500 people who will be out of work as of September.At Syncreon Automotive in Windsor, a sequencing (warehousing) facility, and Flex-n-Gate in Lakeshore, which makes Pacifica parts, it’s not clear how many jobs will be affected.

However, one worker worries it could be hundreds at his plant.

Bill Carathanasis, who has worked at Syncreon for three and a half years as a forklift driver, said layoffs are inevitable. 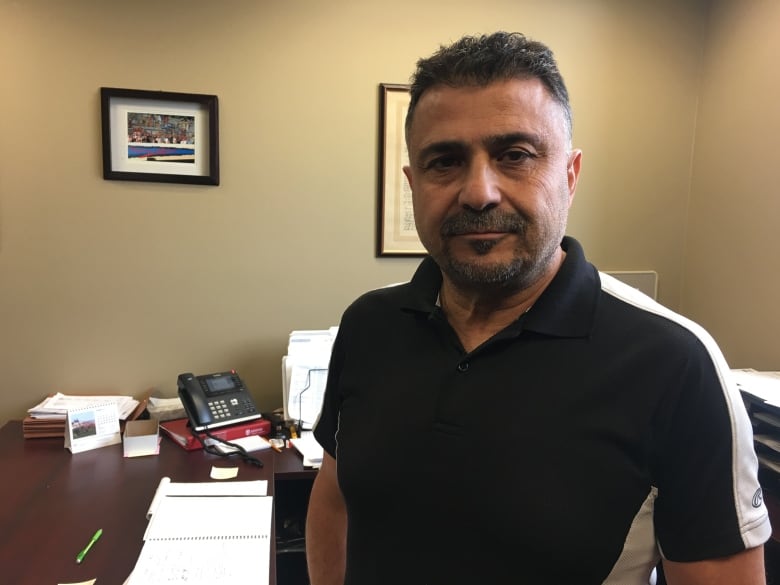 Second vice president for Unifor Local 195, Emile Nabbout, says the FCA announcement was a surprise to everyone. (Katerina Georgieva/CBC)

“We have no clear number at this point. But we will continue working … with Syncreon [and] Flex group to come up with additional measures to protect our members,” said Emile Nabbout, second vice president of Local 195.

He said about 480 members at Syncreon are represented by the union, and just under that at Flex-n-Gate.

Flavio Volpe, president of Automotive Parts Manufacturers Association, said while it’s surprising that 1,500 WAP workers will be losing their jobs, this situation isn’t equivalent to what is happening with GM in Oshawa, where the company is closing its assembly plant entirely.

FCA isn’t shutting down a plant, or pulling out a product, according to Volpe, and eliminating a shift is part of the planning and replanning of a business.

“This is how one specific company in one plant has decided to reconfigure how it produces that product in response to a current market demand. It is not a harbinger of things to come,” said Volpe. 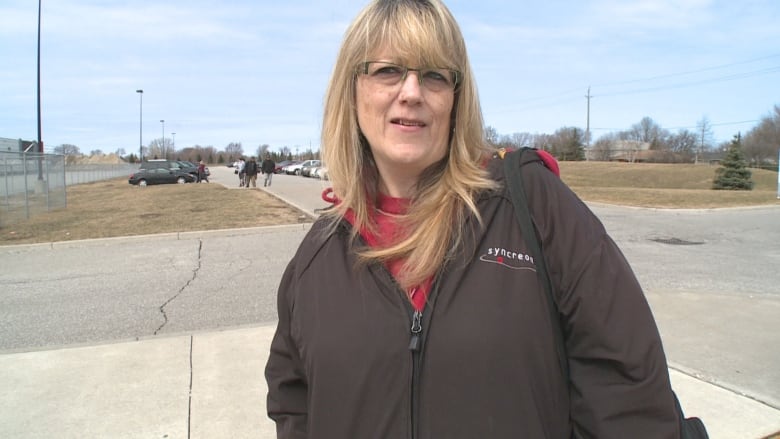 Sandy Gammon says her seniority will likely help her keep her job, but a lot of workers might not. (Katerina Georgieva/CBC)

Year-to-date sales reported by FCA in February 2019 showed a 55 per cent decline compared to last year.

Nabbout wants all three levels of government to find the “root cause of market collapse or shy sale on the Pacifica.”

In a news conference on Friday, Minister of Innovation and Economic Development Navdeep Bains talked about the federal rebate program which will offer $5,000 for buyers of some zero-emission vehicles — including the Pacifica Hybrid.

Initially, it was believed that the vehicle would not qualify for the program due to its base price being above $45,000, but Bains told reporters Friday that was not the case.

Bains also pointed to how the Ontario PCs need to step up, referring to the cancelled Electric and Hydrogen Vehicle Incentive Program, which offered a $14,000 incentive to Pacifica buyers.

Close to 1,000 people at the feeder plants are holding their breath to learn what will happen to their job.

Sandy Gammon has worked at Syncreon for 17 years. Her seniority will likely mean she can keep her job, but she said a lot of friends might become unemployed.

“It’s actually traumatising to most of us. A lot of our workers may lose their jobs.” she said.